Last night was a great night for me. After years of waiting, I was able to finally see Pearl Jam again. The Seattle band came through town last night for the first time in 10 years apparently. Needless to say the show was epic.

Becca even had a good time! 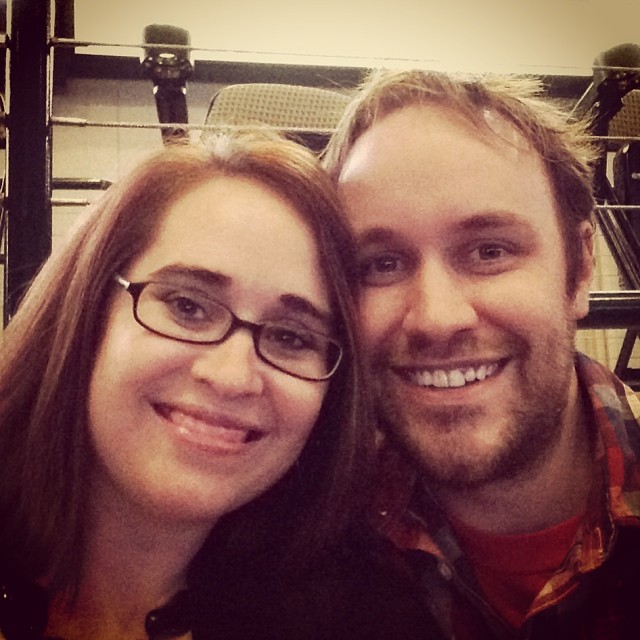 Just an amazing setlist too:

Encore Break 1
20. Yellow Moon-from the new album “Lightning Bolt”
(“Some of you may know, I don’t know if I have mentioned it but I have sister here in Texas.  The great thing about sisters they can introduce you to things.  Like nephews.  So this is for Garrett and Garrett’s mom.”)
21. Future Days -from the new album “Lightning Bolt”
22. Footsteps
23. Daughter
24. Chloe Dancer/Crown Of Thorns-(Mother Love Bone, A. Wood)
(“That was for Andy Wood.  He loved Dallas.”)
25. Why Go
(Ed plays a long intro for ‘Porch’ and doesn’t notice at first that the audience has started singing the song.  Once he does notice he asks them to do it again and starts the first verse over)
26. Porch

Encore Break 2
27. Elderly Woman Behind The Counter In A Small Town (played to audience behind the stage)
28. The Real Me-(Townshend)
29. Do The Evolution
30. Alive
31. Rockin’ In The Free World (with Carrie Brownstein (Portlandia/Sleater Kinney)  and Annie Clark (St. Vincent)
32. Indifference

This site uses Akismet to reduce spam. Learn how your comment data is processed.