In May 2010, I became a Project Manager. I worked side-by-side with Baylor Health Care Systems in getting their newsroom launched (http://media.baylorhealth.com). I retained client relationship by maintaining conference calls and meetings for projects.

During the launch process, I organized, maintained and created tickets for developers to handle the back end coding of the newsroom. From there I handled the testing of the newsroom. I also added the client’s content from their old newsroom and organized it per their request.

In Oct. 2011, the Baylor Newsroom went on to win a PR News Digital award for Best Newsroom.

Handled data entry for the Sports Department of the Dallas Morning News.

Bachelor’s of Science in Journalism with concentration in Broadcast News 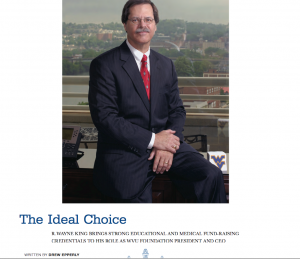 FC Dallas point to missing players for meek attack in Montreal, but they’ll take the point

Because these cookies are strictly necessary to deliver the website, refusing them will have impact how our site functions. You always can block or delete cookies by changing your browser settings and force blocking all cookies on this website. But this will always prompt you to accept/refuse cookies when revisiting our site.